Rugged case erector bottom sealers designed for 24/7 operation.
GET A QUOTE
Click the button to visit the quote request page. 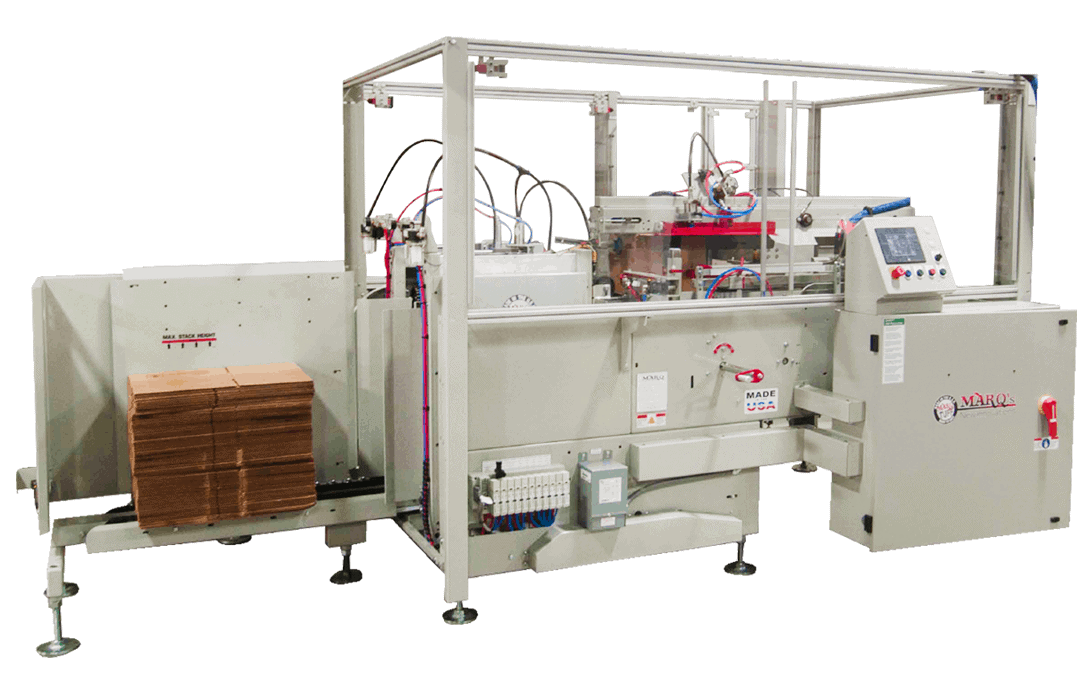 Let us help you find the right case erector for your application. 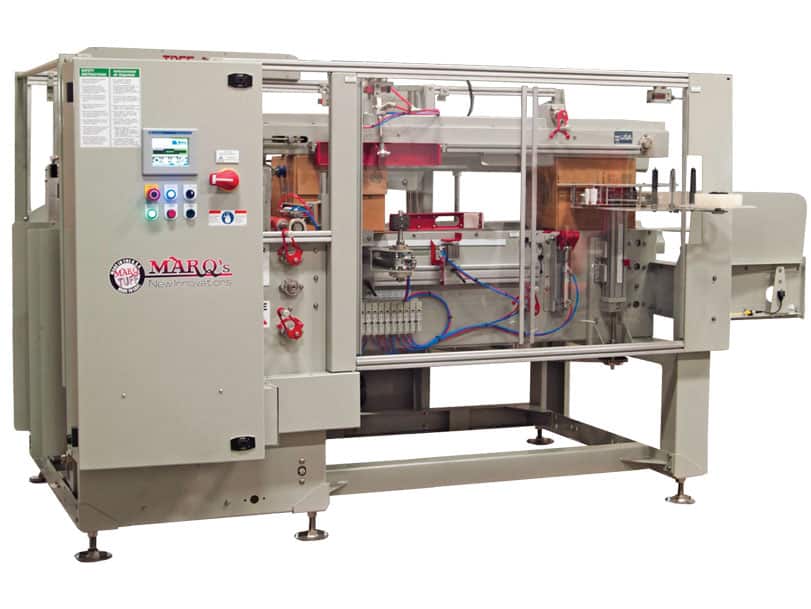 LEARN MORE
MARQ Packaging has a reputation for building case erectors that are reliable, flexible, built to last, and designed for 24/7 operation. 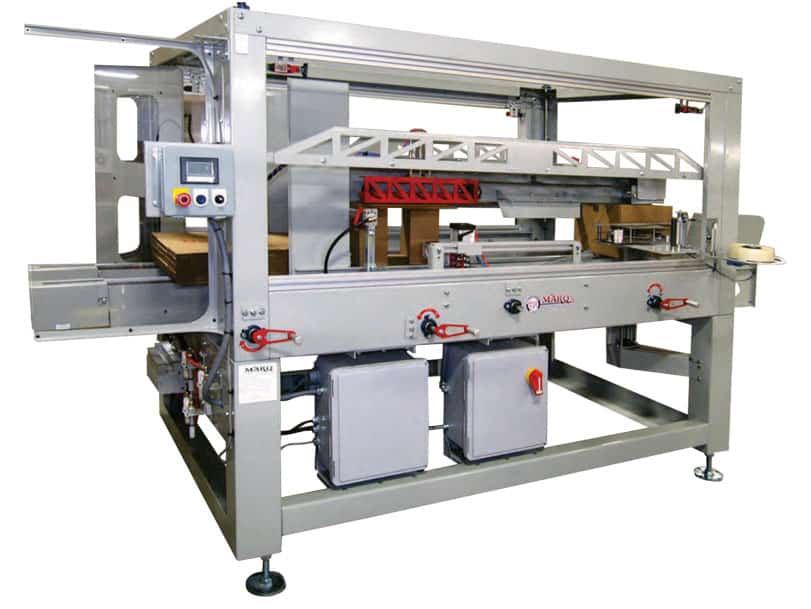 LEARN MORE
Operator friendly and easily adjustable. Reliable under just about any conditions. Built to last. 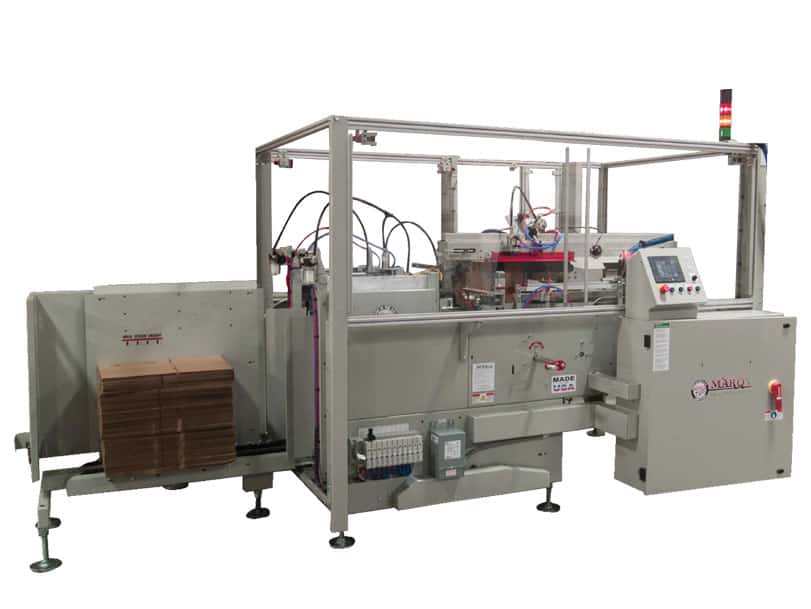 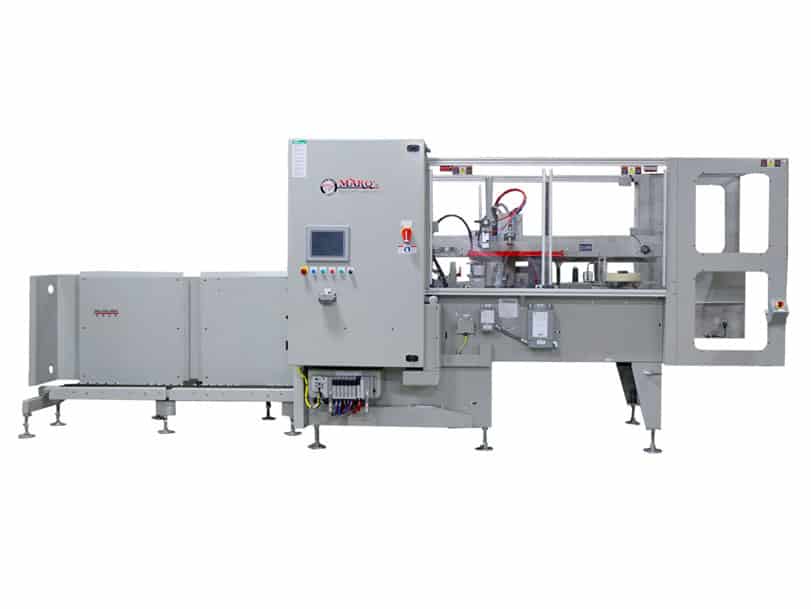 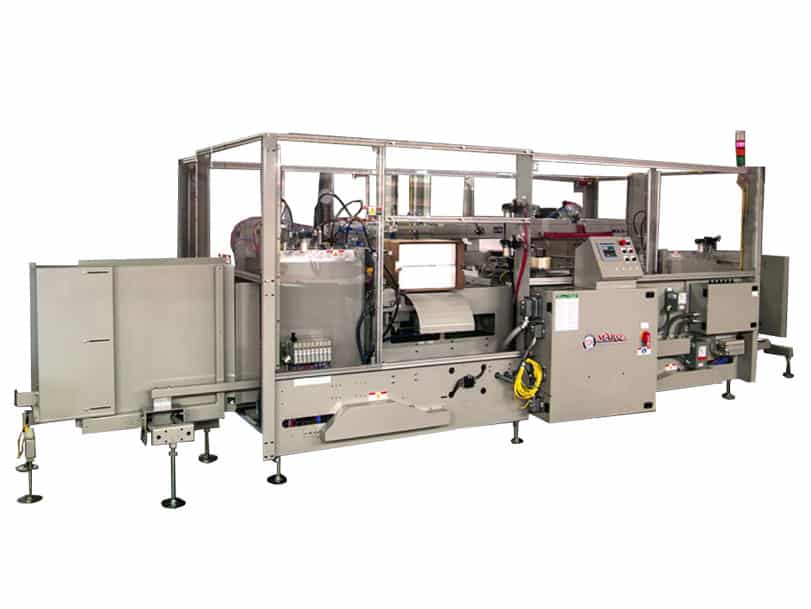 LEARN MORE
The HPE NS LID machine is the perfect replacement for blissformers or trayformers that have lidders. For HSC containers. 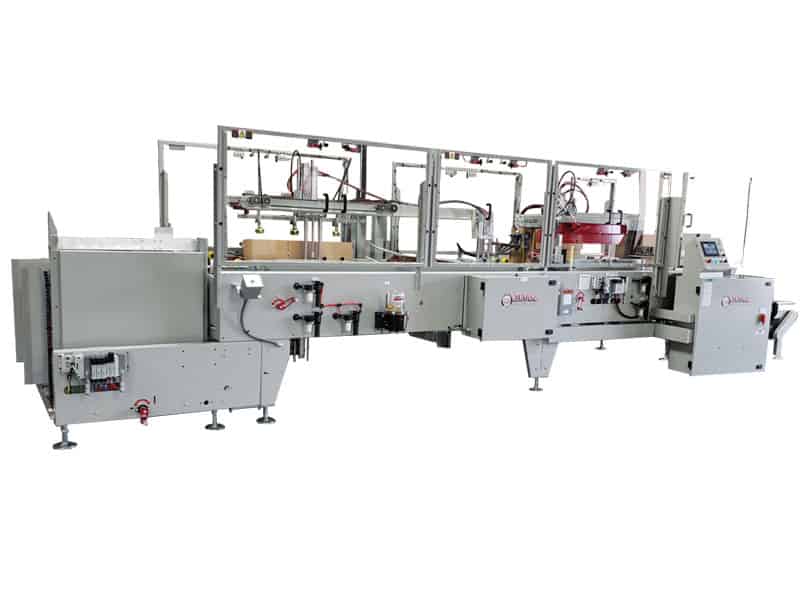 MARQ Packaging has a tradition of building case erectors that are reliable, flexible and built to last for years. Our main objective is to create a solution for your packaging needs by communicating and working directly with our customers.

We pride ourselves on building a relationship that continues to grow long after the purchase of your new equipment. MARQ case erectors are designed for 24/7 operation and are available in standard, medium and large frame models to give you the flexibility you deserve to meet all your packaging requirements.

Horizontal erecting gives you the ability to make adjustments and service your equipment with ease. MARQ case erectors include a Polycarbonate guarding package, powder coated paint finish, UL approved panel and all wiring conforms to NFPA standards.
CONTACT US 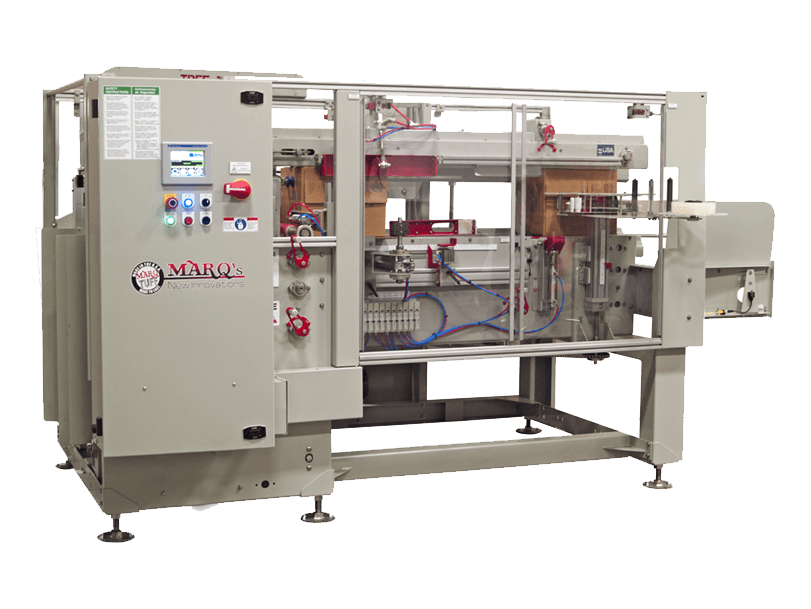 What some of our customers have to say about MARQ Case Erectors.
We were in need of a case erector that could run three shifts per day consistently. After inquiring to our distributor about finding such a machine, they suggested we view the MARQ machine they recently put into implementation at another facility. We were impressed with the appearance of the MARQ machine, and knew it was our ultimate automation solution after watching it in operation..

The MARQ Case Erector has given us the ability to achieve our goals in reducing labor costs while increasing production from 1,700 to 2,400 boxes per day.

With the decrease in costs and increase in profits, the payback on this machine is well worth the investment.
-John S., Boise Cascade Corporation.

Since we have installed the MARQ Case Erector, we've experienced a machine with consistent trouble free case erecting, which which effectively eliminated some additional manual labor costs. Some corrugated is used up to three times over and the MARQ HPE215 runs the corrugated through consistently with few jams. We were in need of a case erector to increase productivity, and the MARQ solution was the ultimate product choice. None of the other machine manufacturers we investigated would guarantee performance with "used boxes"..

Let us help you find the right case erector for the needs of your line.
CONTACT US

We are here to help you find the best end of line packaging equipment to fit your needs. From case erectors and case sealers to product settlers and trayformers. To speak to a member of our team please use our contact form or call us today.
CONTACT US